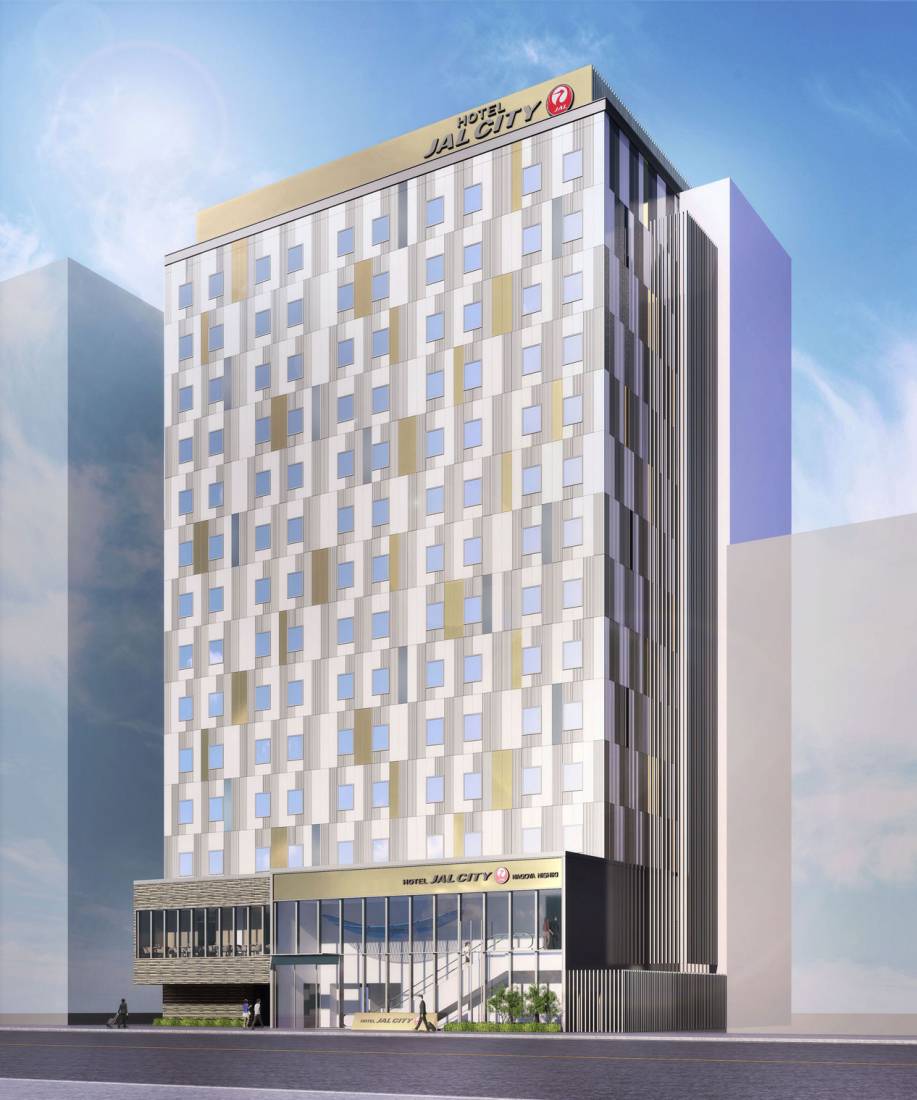 The new hotel will be located in Fushimi, just seven minutes from Fushimi Station on the Nagoya Municipal Subway. Fushimi, traditionally a tranquil area on the banks of the Hori River, has begun its transition into Nagoya’s newest commercial district in the near future.
The 14-story Hotel JAL City Nagoya Nishiki will offer 216 guest rooms and a choice of queen or Hollywood twin beds. Rooms will average 26 square meters of floor space (ranging between 20 m2 and 28 m2) with separate shower and bathtub. The hotel will offer modern, convenient and highly functional accommodations.

Hotel JAL City Nagoya Nishiki will be a lifestyle hotel targeted at energetic travelers between their late-20s and early-40s. It will place a special emphasis on satisfying demanding needs, including with a food-and-beverage facility that flexibly offers buffet, open-kitchen and bar options all day long.