A Resort-like Stay to Delight All the Senses

Awaji Island, a popular local retreat for the people of Kansai, is ideally located just a 30 minute drive away from the center of Kobe City. Exciting panoramic views from the Akashi Kaikyo Bridge, which is the world’s longest suspension bridge, kick off the holiday. 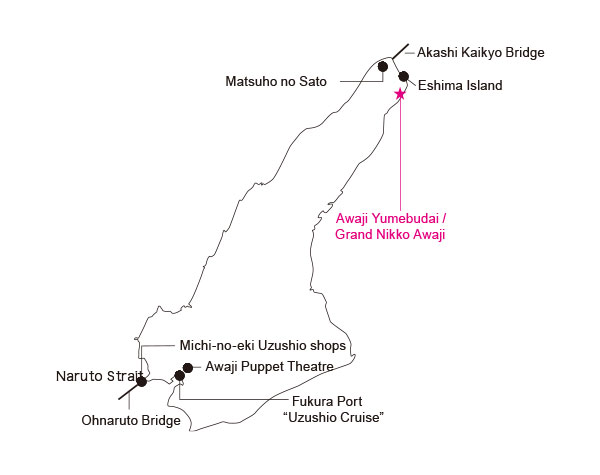 While the north of the island is home to an array of parks with stunning flowers and greenery, perhaps the most attractive location is the Awaji Yumebutai. The magnificent complex, which was designed by the world-famous architect Tadao Ando, is home to Grand Nikko Awaji, the International Conference Center, and one of Japan’s largest greenhouses, all of which are connected by a viewing terrace. Combining elements of nature and architectural beauty, Grand Nikko Awaji is the best place to stay while enjoying the wonders that Awajishima has to offer. Awajishima is the stage for Japan’s creation myth, and recently, touring the mythical locations on the island is a popular choice for visitors. Eshima Island, for example, which appears in The Tale of Heike epic as a popular moon-watching spot, has been identified by some as the mythical Onokoroshima Island for its beauty. Onokoroshima Island is thought to be the first Japanese island that was formed when a drop fell from the spear of two mythical deities. 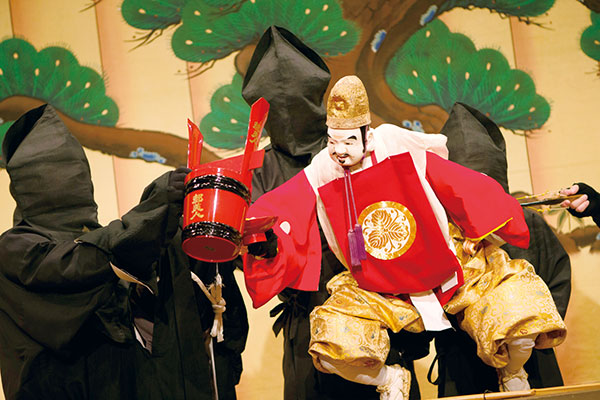 Another island highlight is Awaji Ningyo Joruri, a traditional form of puppet theater that boasts a more than 500-year-old history. One particularly popular performance is the Ebisu-mai, which is said to bring luck to all those who view it. The story is about Ebisu, the god of fishing and commerce, and the sight of him enjoying multiple cups of sake as he dances across the stage brings smiles to the whole audience.

Those wishing to see the famous Naruto whirlpools should head to the southernmost point of the island. The best way to see the impressive whirlpools, which are counted among the world’s three greatest currents, is to board the pleasure boats. It is one of the island’s most popular activities and a fantastic opportunity to enjoy some pleasant sea-top cruising.

Awaji Island is also known for its treasure trove of delicious ingredients. Long ago, Awajishima was a Miketsukuni, one of the regions tasked with supplying ingredients to the imperial court. The island was responsible for seafood, and the quality of its ingredients is still apparent today. In addition to seafood, Awajishima is well known for its sweet onions, Awaji beef, milk, and fruit, with a wide range of food types all produced on the island. Eager producers on the island are constantly working to improve quality, while chefs work with these local ingredients to create new local specialties. The Michi-no-eki Uzushio shops are a great place to indulge in one part of this exciting food culture. It’s a great place for souvenirs, too.

To wrap up their island trip, visitors are encouraged to drop by the View Matsuho no Sato hot spring facility. At dusk, the outdoor baths offer spectacular, captivating views of the illuminated Akashi Kaikyo Bridge and the sparkling city across the sea, offering a unique sense of openness and a memorable experience.

Grand Nikko Awaji is a landmark hotel of the Awaji Yumebutai resort complex on Awaji Island. It is located approximately 60 minutes away by car from central Osaka, and approximately 30 minutes from Kobe. The hotel overlooks the gentle waters of the Seto Inland Sea and offers magnificent views of seasonal flowers and plants. 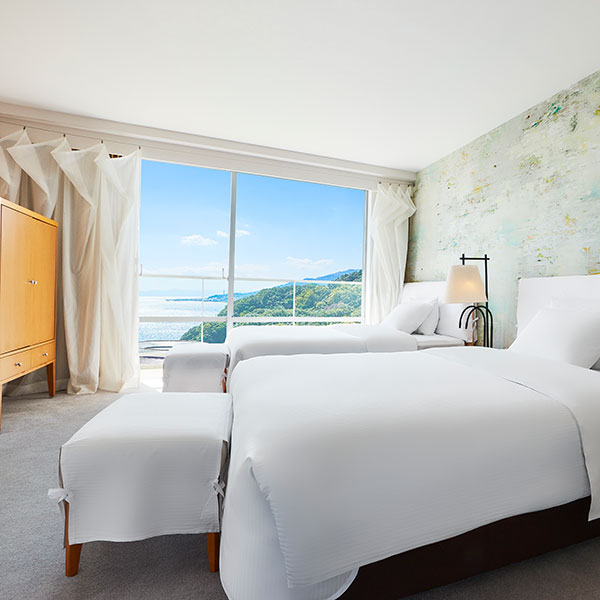