Explore the Wide-Open Spaces of Niigata 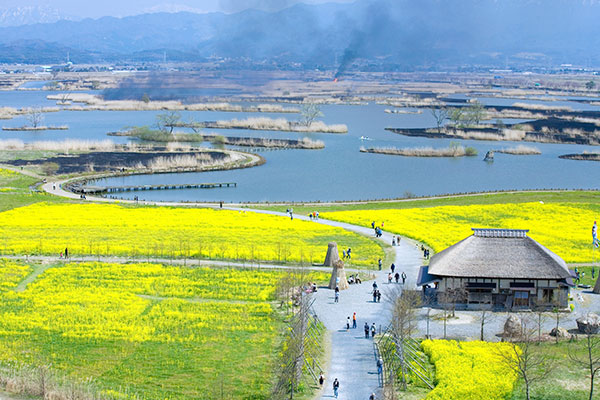 “Scenes worthy of preservation in the 21st century,” “Niigata’s best vistas,” “walking trails” are among many “top 100” lists the majestic Fukushimagata Lagoon has been selected for. It is also an important wintering ground for some of Japan’s most treasured species, including the taiga bean goose, a government-designated natural treasure. The fact that more than 220 species of wild birds and 450 species of plants have been observed here highlights the environment’s capacity to sustain and provide respite. The timeless scenes of wild birds and flowers on the local lagoons speak directly to the heart and soul. 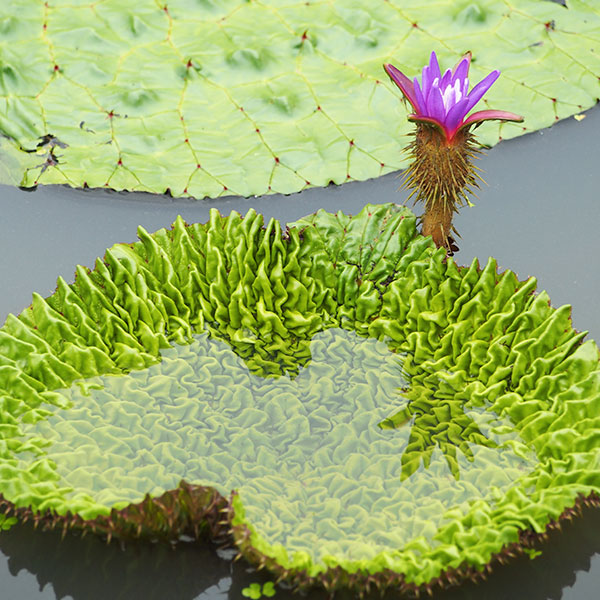 From early to late April, visitors are greeted by a sea of yellow nanohana blossoms spread across three hectares. Cheerful blooms in the warm sunlight make for a prime photo opportunity. In the summer, the rare prickly water lily, which can be found in fewer than 100 locations nationwide, begin to blossom, reaching their peak in August. Prickly water lilies are annuals, and have some of the largest leaves of Japanese water plants, reaching up to two meters. Their flowers are a lovely purple and grow to around ten centimeters. But be quick if you want to see them: the flowers open early in the morning and close in the afternoon. A “water station,” View Fukushimagata, is the ideal place to see a variety of displays and video footage of the taiga bean goose, the prickly water lily, and other priceless plantlife and wildlife in the lagoon. Don’t forget to go on to the glass-walled rooftop for panoramic views of Fukushimagata lagoon, countryside scenery, and as far as Niigata East Port and Niigata city center.

The Ito family residence, the former seat of a major local landowner, is a snapshot of the region’s rich history and a bygone age.
It took eight years to build this opulent home, which was completed in 1889. The Itos began as farmers in a tiny settlement on the Agano River, and eventually grew into one of this region’s biggest landowners in the mid-Edo Period. The residence is built on a 29,000 m2 plot, and comprises of a variety of buildings in addition to the main house, including a reception hall, a tea house, and a storehouse. Fully 26 of the structures on this site are Registered Tangible Cultural Property of Japan. Today, the second floor of the main house serves as an exhibition space and museum, replete with priceless art and antiques the Ito family’s collected, including a work by the poet-and-calligrapher monk Ryokan (1758–1831). 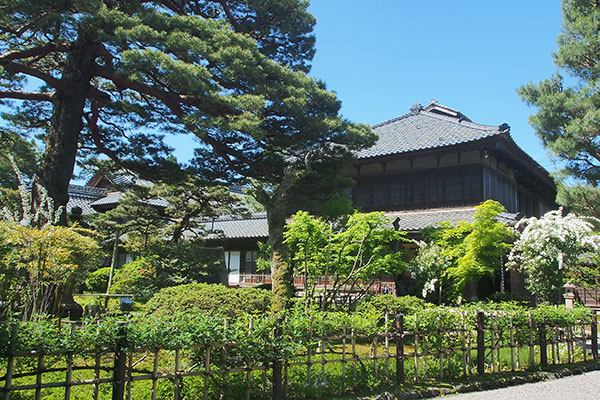 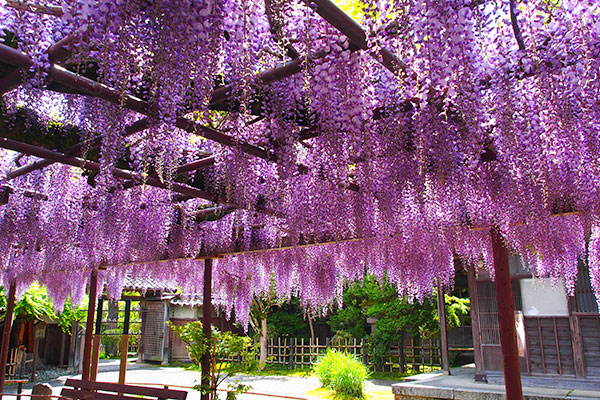 The chisen-kaiyu-shiki style garden (i.e., garden paths around a central pond), where the scenery of the changing seasons can have been seen from the great hall is a marvel created by mother nature and Taiami Tanaka, the Niigata-born master gardener who was famously called on to maintain the gardens of Ginkakuji in Kyoto. Meanwhile, the centerpiece of the inner garden is a 150-year-old wisteria, its trunk 1.6 meters in circumference to support the aromatic explosion of flowers from late April to early May. The wisteria is lit up at night, creating a wonderful atmosphere. With cherry blossoms in the spring, lilies in the summer, and features to delight visitors in all seasons, no wonder the Ito residence garden is known as Taiami Tanaka’s masterpiece.

A quick five-minute drive from Niigata Station and walking distance from the hustle and bustle of the shopping and entertainment precinct, the Hotel Okura Niigata is nestled by the Mandai Bridge at the mouth of the Shinano River, Japan’s longest class-A waterway. It is one of the city’s largest hotels, with 265 guest rooms offering picturesque views of the river or the cityscape. 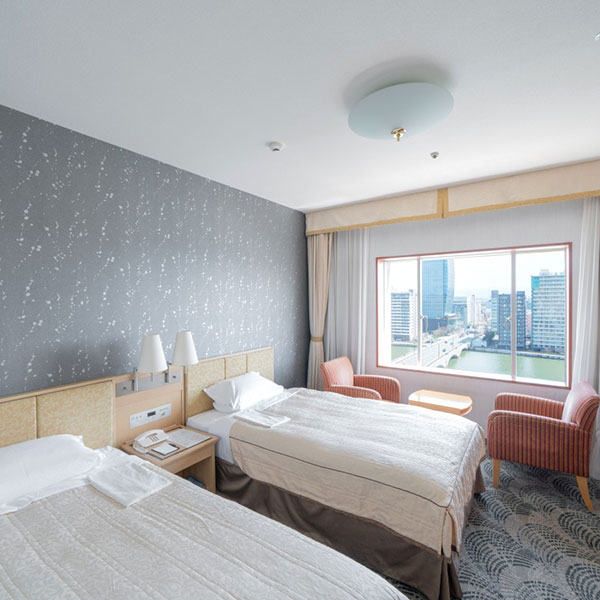